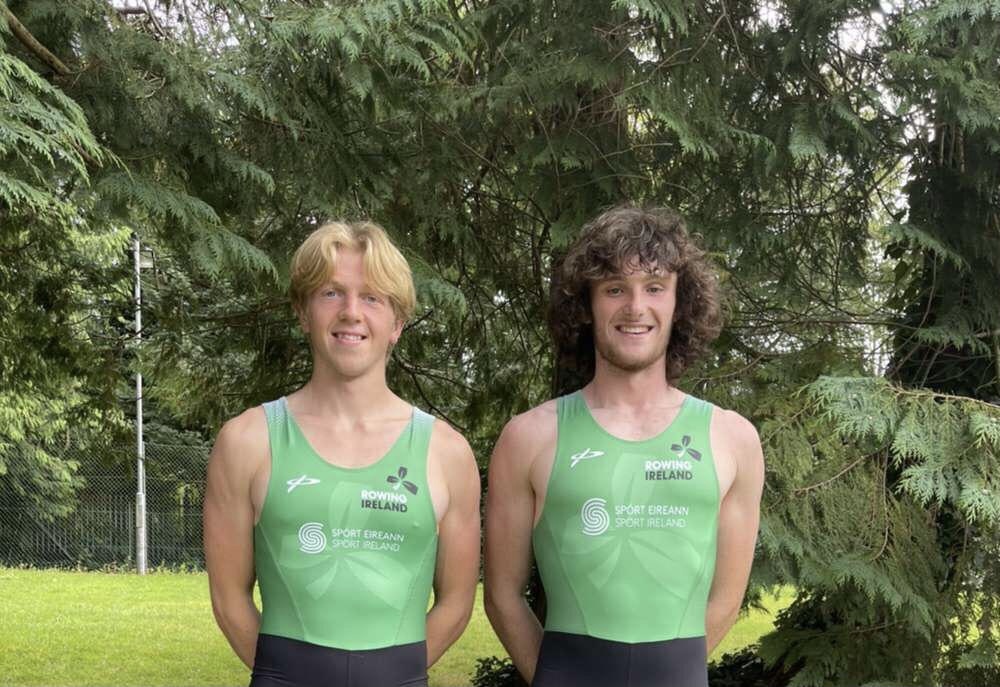 Published: over 1 year ago

Two young rowers from Athlone Boat Club have been selected to compete in this year's World Rowing Junior Championships.

Donagh Claffey has been chosen to represent Ireland in the JM4x category, while his Athlone colleague Martin O’Grady will compete in the JM2x event.

The 2021 World Rowing Junior Championships will take place from August 11-15 in Plovdiv, Bulgaria.

Athlone Boat Club has congratulated both Martin and Donagh "on what can only be described as a massive rowing achievement for them".

"They have put in massive work over the years and they did not shy away from showing their ability to make the Irish crew. Well done lads, we are all super proud of you both," the club posted online.

Claffey is joined by Ronan Gibbon, Fergus Bryce and David Foley in his event, with O'Grady alongside Oisin Boyle of Skibbereen Rowing Club in his category (see more details below).

Rowing Ireland’s High-Performance Director Antonio Maurogiovanni has also announced the athletes who will represent Ireland at the Coupe de la Jeunesse, which will take place from August 6-8 in Linz, Austria.

"These are such important pathway events that currently eight of our Olympic athletes that are competing over the next couple of days, took part in.

"I hope that they enjoy this really significant journey on the first step of their pathway in international rowing.”

The selection of O'Grady and Claffey is another source of pride for Athlone Boat Club, whose members were delighted to see Athlone native Fran Keane chosen as part of Rowing Ireland’s coaching and support staff for the Olympic Games in Tokyo.

Keane previously rowed for the Athlone club as a junior, before going on to work as a teacher in Presentation College, Cork.

Indeed, Fran hails from a family steeped in the history of rowing in Athlone. His father Francis and uncle Michael (twin brother of Francis) both won national rowing titles.

Michael was part of the first Athlone crew to win an All-Ireland men’s title in 1974, while Francis won his national title with the Neptune club in Dublin.

Fran’s grandfather Frank served as president of Athlone Boat Club. Frank was a butcher and a well-known businessman in Athlone.

Ireland’s first medal of the Tokyo 2020 Olympic Games was secured in rowing this morning as the Women’s Four of Aifric Keogh, Eimear Lambe, Fiona Murtagh and Emily Hegarty won a bronze medal in thrilling fashion.